The so called Nutcracker Phenomenon - Prof. Dr. Thomas Scholbach
3.8
(51)
To change the language click on the British flag first

The nutcracker phenomenon (albeit a misnomer) is by far the most frequent vascular compression syndrome. During the last twenty years I diagnosed and treated many hundreds of patients. It is basically caused and aggravated by the upright, bipedal human gait.

This typical human posture is the reason for a swinging configuration of the human spine that is characterized by a so-called lordosis of the lumbar spine. Lordosis means that an anterior curvature of the vertebral column constitutes an obstacle for any structure that is passing the spine from one side to the other side of the abdomen. Such a structure is the left renal vein. The compression of this vein does not occur without symptoms.

Abdominal pain, flank pain(mostly left sided), a lumbar scoliosis towards the left, pelvic pain (above the left ovary in female patients), back pain, headache, hemorrhoids and pain in the genitals (dyspareunia – pain during sexual intercourse or testicular pain) are frequent complaints.

The diagnosis is made straightforward by means of functional color Doppler ultrasound.

A nutcracker syndrome is diagnosed in cases with hematuria (red blood cells in the urine) in addition to the pain in the above mentioned regions. The treatment is primarily directed to resolve or alleviate the lordosis. Often medical treatment is necessary and successful. In rare cases a surgical intervention, aimed to resolve the venous compression, is necessary.

The treatment effect can be seen as the flow velocity inside the compressed vein is being normalized and the suppressed arterial perfusion of the left kidney reaches the level of the right kidney again. The perfusion measurement of both kidneys is thus a prerequisite to make an accurate diagnosis, to evaluate the individual impact of the venous compression and to monitor the treatment.

The following image shows a schematic representation of the renal vein (red) which, transporting blood from the right side, is incarcerated between the aorta and the arteria mesenterica and thus impounded: 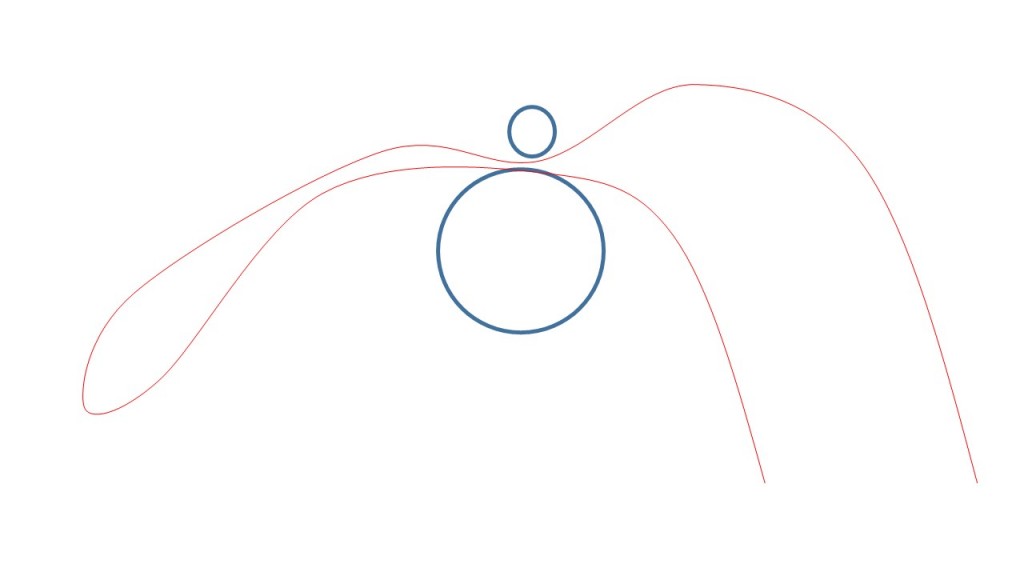 The next picture shows the ultrasound image of the same situation: 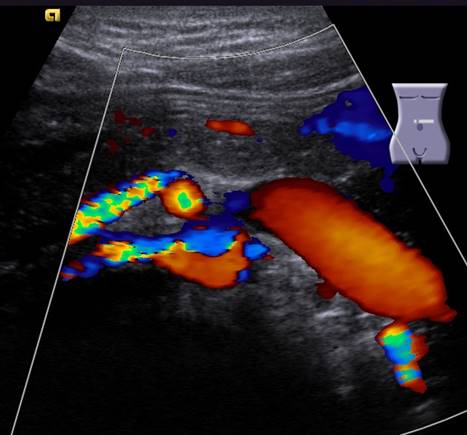 The compression of the renal vein forces the blood into collateral pathways. This often leads to congestions of organs of the pelvis, resulting in pain and other troubles.

The following video demonstrates the way of the blood from the left kidney towards the inferior vena cava in patients with nutcracker phenomenon. The obstacles are shown as toing and froing of the red cell in the nutcracker (1) and in front of the promontory (2- May-Thurner-constellation). During its passage through the pelvic organs the high pressure of the venous collateral network leads to bulging of the veins- so called varices (3) that give rise to pain and cramps.