The Pelvic Congestion Syndrome is based on the venous congestion in the pelvic area, mainly in the so-called small (deep) pelvis. There are two ways of its development.

In the simplest case, the veins that drain the blood from the pelvis into the inferior vena cava are too narrow, compressed or blocked.
In addition, blood from the left renal vein can be diverted into small pelvic organs (see “Nutcracker Syndrome”) and then contribute to the overload of the pelvic veins.

Often both possibilities combine and lead to particularly strong symptoms. 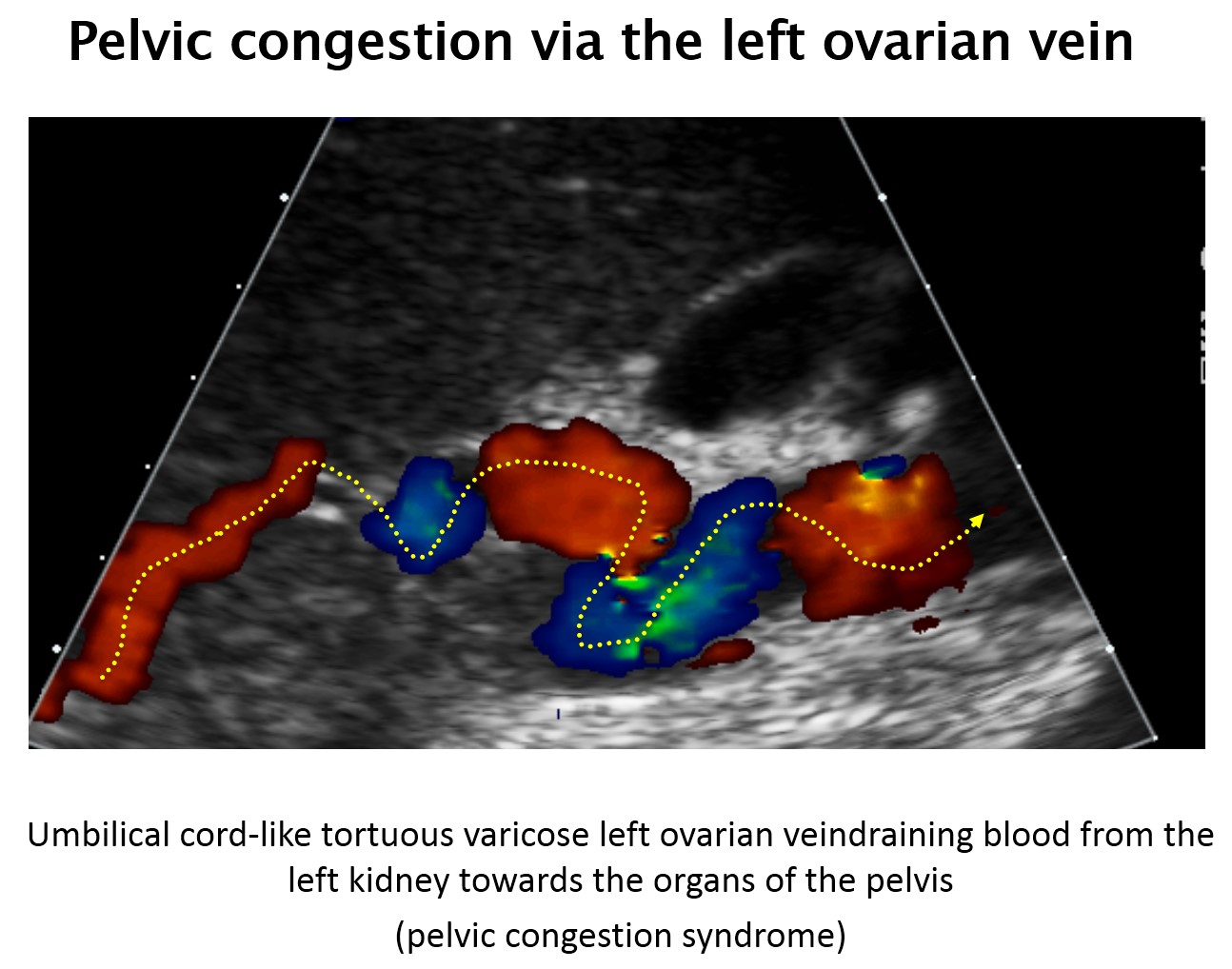 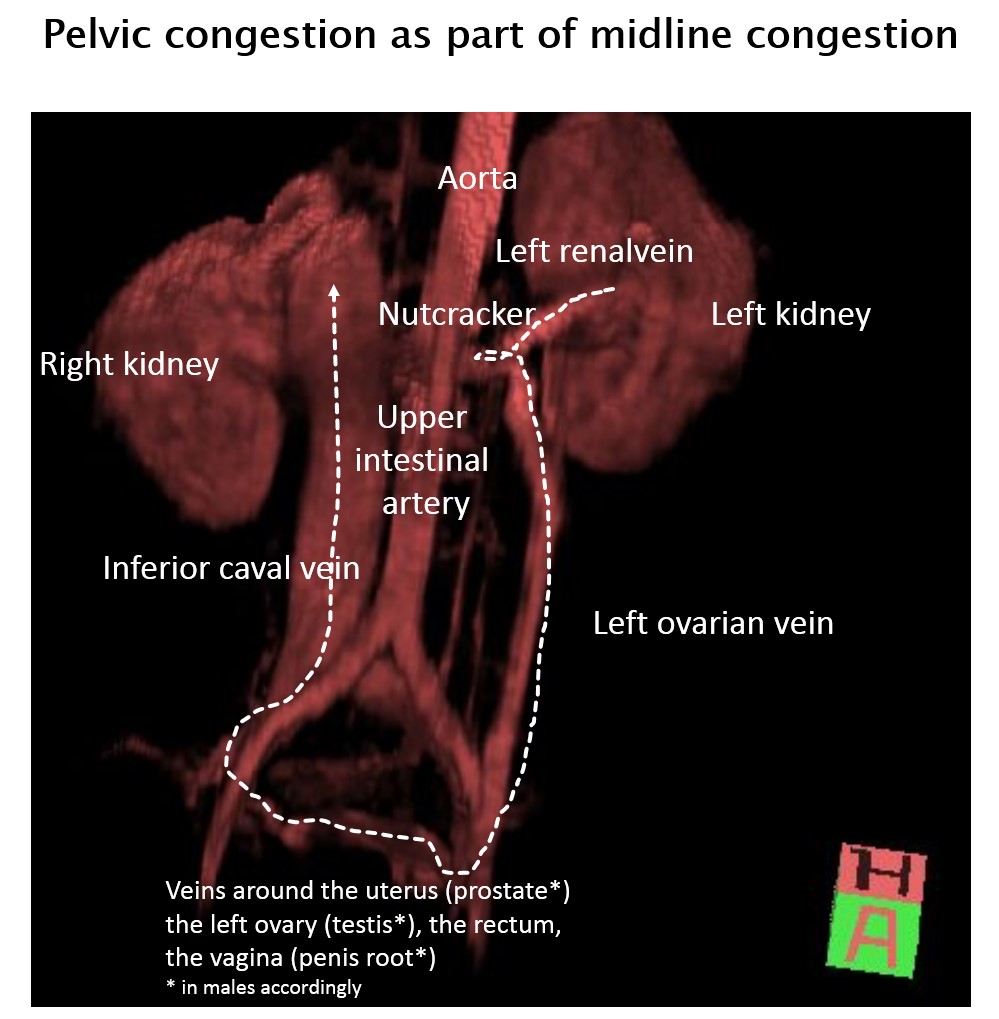 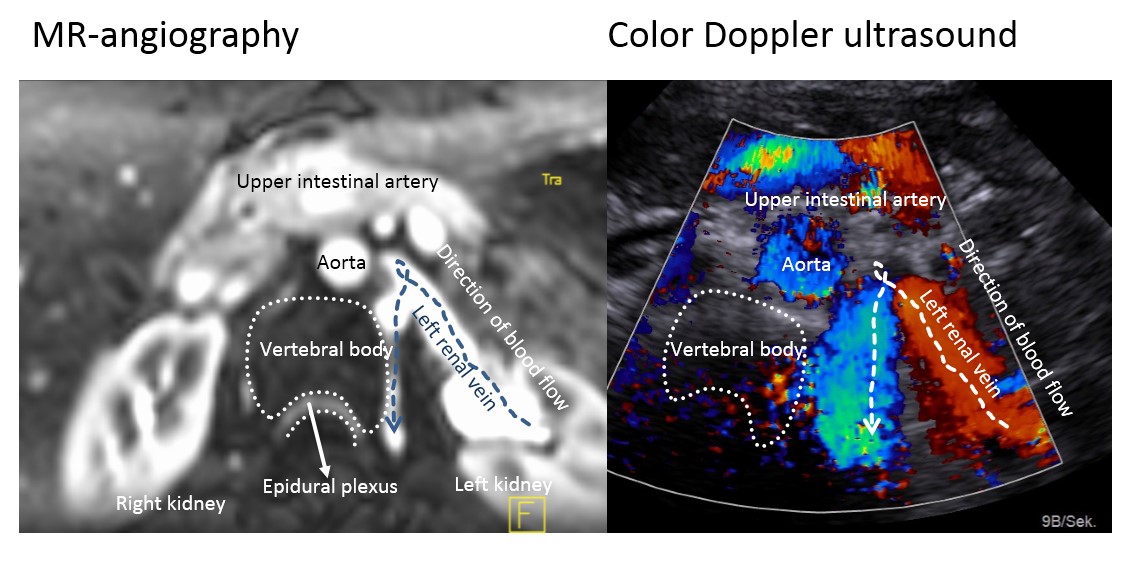 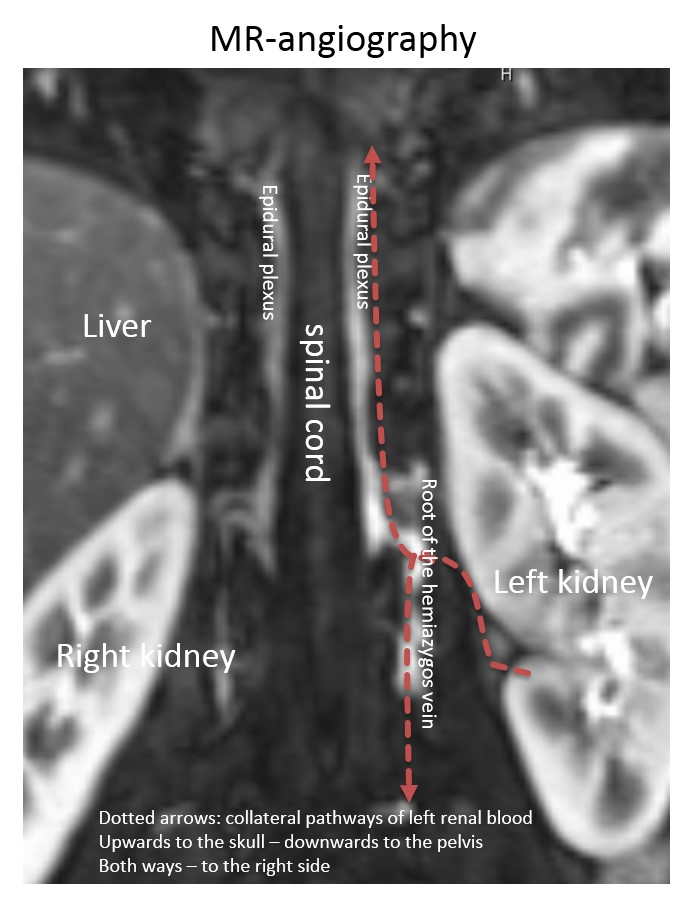